The ViaVia in the Parkstraat lays a bit further away from the touristic heart of Leuven in a neighborhood where there aren’t that many restaurants. The concept of this bar and brasserie is the same as the one in Leuven: a relaxed place where you can enjoy drinks or order some daily specials (written on a chalk board).

I have to be honest, it has been a while since I met a waiter that was so rude and unhelpful. When asked if we could have a look at the menu, he at first declined to bring one and just pointed at the chalk board, saying to my friend: “You have been here before, you know we only serve what’s on the chalk board.” But I was the only one who wanted to order food, my friends just wanted some drinks. So then my friend asked: “So can you please tell me what beers you have?” The waiter let out a big sigh, turned around without saying anything and brought back some drink menus. We were quite taken aback by his attitude.

I was contemplating just leaving right there and then, but since it was such a beautiful summer evening and I was very hungry, my friends and I stayed. The first dish I tried to order was sold out (not that the waiter made an effort to erase this dish from the chalkboard), so I went for the chicken tandoori. The chicken tandoori was fine, I guess, nothing special and the meat was a little bit dry. But the dish wasn’t that expensive (15 euro), so no complaints there.

When we wanted to leave the ViaVia, it took us some convincing before the waiter brought us the bill. I guess he must have had a really bad day? O yeah, he also couldn’t be bothered to clean our table. Such a shame, because the patio is a great place to sit outside for drinks in the summer. 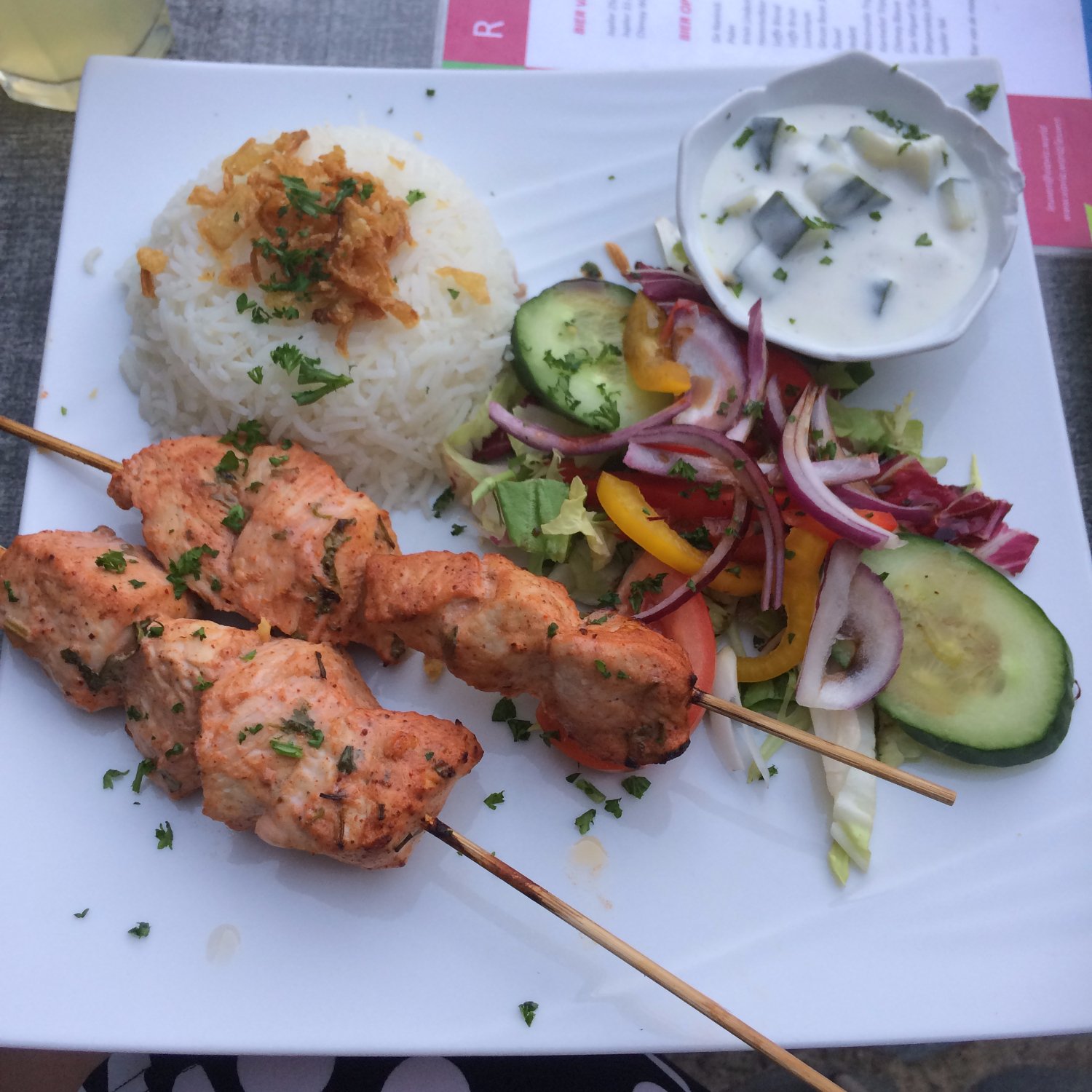